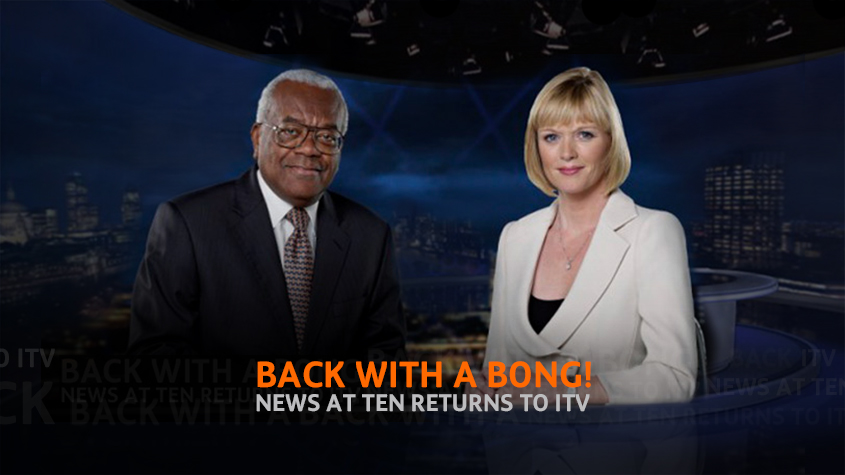 ‘News at Ten’ (ITV, 1967) returned to TV screens on 14 January 2008 after an absence of nearly 4 years. This second stab at resurrecting what was once the UK’s most watched and iconic television news bulletin, followed ITV’s controversial decision to axe the programme in 1999 – ending its original run of more than 30 years.

A first attempt at reviving the bulletin in 2001 had proved unsuccessful, largely because the BBC had already moved its main late bulletin into the 2200 time-slot vacated by ITV – effectively reducing the available audience for ‘News at Ten’.

The channel’s incoming Executive Chairman Michael Grade was quick to attack the original decision to axe ‘News at Ten’, describing it as ‘a shocking mistake’ which had ‘damaged ITV more than anything’. 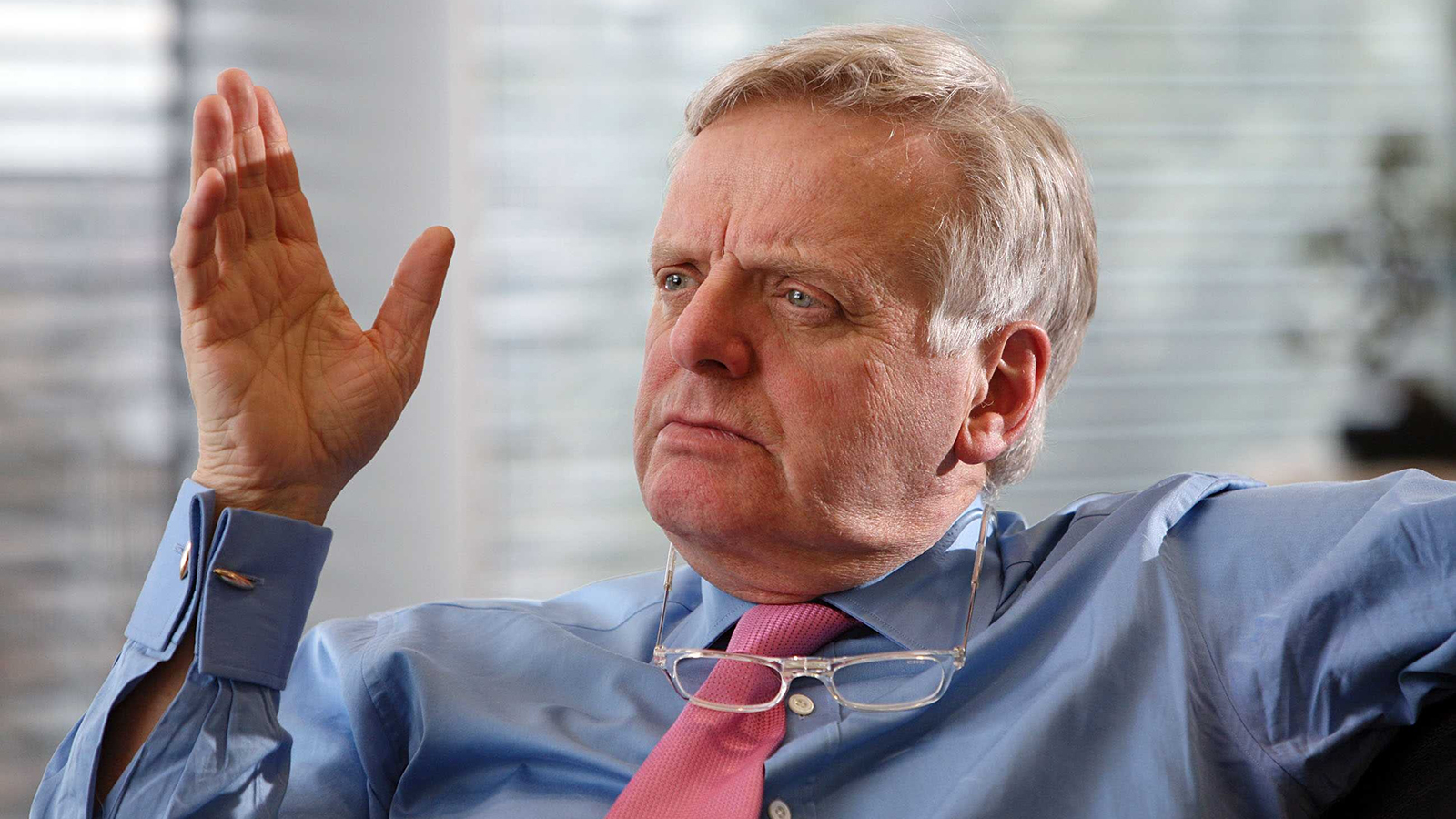 Grade’s comments echoed the concerns raised in Parliament and the press about the programme’s cancellation and gave credence to those who had questioned the strength of ITV’s commitment to public service broadcasting – in particular its statutory obligation to provide a high quality news service.

Back with a Bong

Speculation that ‘News at Ten’ was about to make yet another comeback first began to surface in newspaper reports the previous summer with the network finally confirming the rumours on 22 October 2007.

Under the new proposals, ‘News at Ten’ would initially be reinstated Monday-Thursday, while a ‘Late News’ bulletin would be scheduled on Fridays at the later time of 2300, to allow the network a greater degree of programming flexibility leading into weekends.

And in a clear nod to its heritage and iconic status, the new bulletin would benefit from its own, unique presentational style – deploying bespoke opening titles, theme music, studio set design and graphics – distinguishing it from the generic branding rolled out across all other ITV News programmes in March 1999.

For the relaunch, ITN brought veteran newscaster Sir Trevor McDonald out of retirement, and poached Sky News presenter Julie Etchingham to co-host alongside.

I thought about it for a very long time. At first I thought it was not a good idea to go back in time but then I realised this was too good an opportunity to miss. There was a profound sense of sadness when ‘News at Ten’ came to an end. I thought it would be irresistible to be part of the rebirth of the bulletin.
Daily Telegraph

McDonald was already an established name in broadcast journalism having joined ITN in 1973 from the BBC World Service. More importantly, he was already closely associated with the ‘News at Ten’ brand, having been its first and longest-running solo anchor after the original two-presenter format was dropped in 1992.

Etchingham was considered a rising star at Sky News, where she had been for 6 years following a 10 year stint at the BBC. Rumoured to be Michael Grade’s personal choice for ‘News at Ten’ co-presenter, she admitted it was the chance to work alongside McDonald on the iconic bulletin which swung her decision to jump ship and join ITV News.

I said I was very happy at Sky News. Then they told me it was ‘News at Ten’ and that it would be with Trevor. I thought I’d be insane not to go for it. It’s a completely new experience for me, having come from a 24-hour news channel. But I’m learning at the feet of the person considered to be the master of the art.
Daily Mirror

Mark Austin, who had previously fronted the short-lived ‘News at Ten Thirty’ bulletin, was retained as part of the new presenter line-up, although in practice, his role was restricted to co-presenting the ‘Late News’ bulletin on Friday nights. 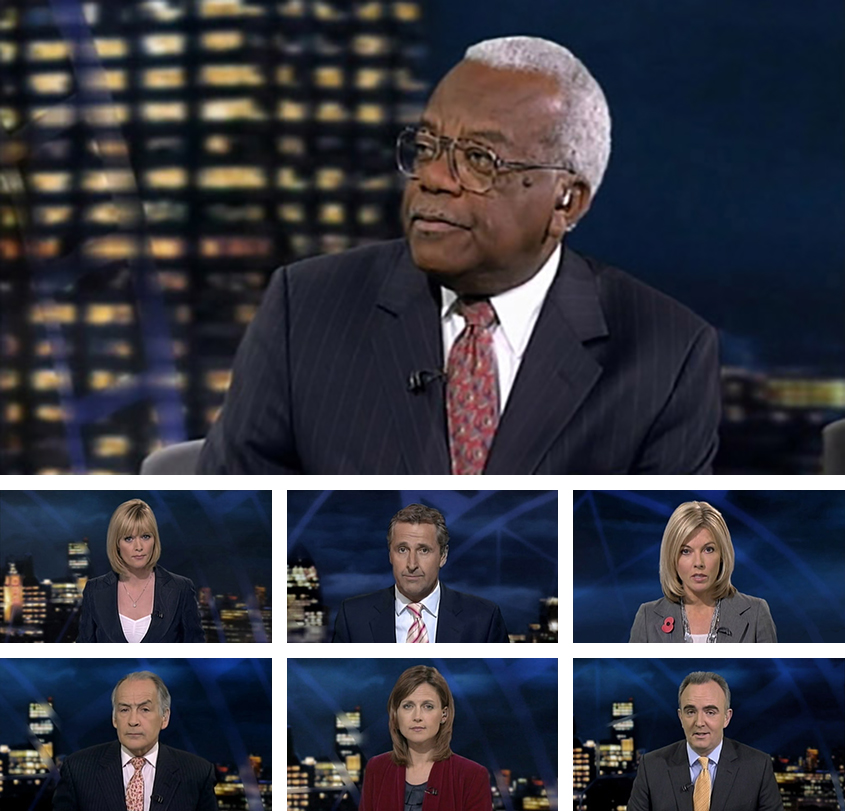 The return of ‘News at Ten’ was heavily trailed on ITV1, with a special promo featuring McDonald and Etchingham on the set of the new bulletin, airing across the network in the days preceding the January launch date.

A one-off break-bumper featuring an aerial shot of Big Ben lit up at night, also aired at the beginning and end of commercial breaks on the channel throughout the day of the relaunch.

The programme was also mentioned at the end of all network bulletins on ITV1 from the preceding Friday onwards, while ‘Channel 4 News’ – produced by ITN (the same company behind ‘News at Ten’) covered its return in a report by correspondent Nick Glass which aired just hours before ‘News at Ten’ went on air.

A new logo was created by Kojo Boateng, Design Director at ITN. It utilised elements of the Big Ben clock-face design together with the roman numeral ‘X’ to signify the number ‘10’ (although this does not feature on the actual Big Ben clock-face).

The programme title was rendered in ‘Interstate Regular’ – a commercially available typeface designed by Tobias Frere-Jones for Font Bureau and inspired by the lettering used by the US Federal Highway Administration for American road signs.

New opening titles were produced using state-of-the-art CGI animation. Based on the classic 1980s computer animated titles, they featured an aerial sweep through central London, passing along the route of the River Thames and taking in landmarks such as the Millennium Dome, Canary Wharf and the London Eye before settling on the Houses of Parliament and clock tower.

However, in a marked departure from all previous versions of the opening titles, the actual ‘News at Ten’ programme name did not appear in the sequence itself, with the end-frame simply consisting of the famous Big Ben clock-face in close-up, with the clock hands pointing to 10 o’clock.

Directed by Jane Thompson and Glenn Marshall, footage was originated on 35mm film using a geo-stabilised camera attached to the base of a helicopter chartered especially for the project, overlaid with graphics, lighting effects and animations added in post production by the Moving Picture Company.

The 16-second sequence remained under wraps until transmission, with only a few choice frames released to other media outlets in advance of the first broadcast.

KPM composers David Hewson and Bill Baylis were commissioned to re-work the classic ‘News at Ten’ theme (‘The Awakening’ by Johnny Pearson). Both had collaborated on the previous ITV News theme (also based on Pearson’s original) and Hewson had previously reworked the News at Ten theme for an even earlier rebrand in 1992.

Doing it for the first time in rehearsal was a nerve-tingling moment. When the theme tune played, it made the hairs stand up on the back of my neck.
Daily Mirror

As with previous updates to the ITV News music, the ‘News at Ten’ package (entitled ‘Global Report’) introduced several additional cuts including a new arrangement of the closing theme together with a generic headline bed and separate cues designed to lead in to and out of commercial breaks.

Although the new programme was to be broadcast from the same virtual reality (VR) studio as existing ITV News bulletins, a bespoke backdrop image was created for the ‘News at Ten’ set, featuring a panoramic view of the London skyline at night. 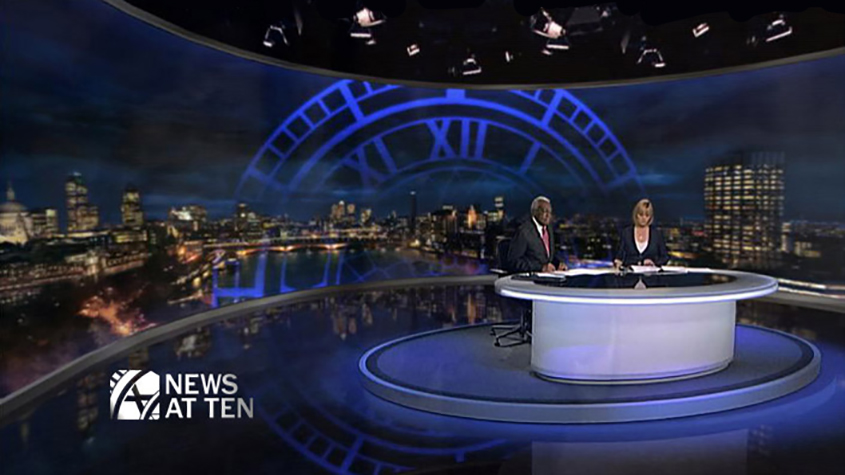 VR panels were also constructed on either side of the presentation desk to allow both anchors to conduct down-the-line interviews with guests, live two-ways with reporters on location, and to display information graphics inluding financial data on global markets and currency exchange rates.

A separate area of the set was also created for presenters or correspondents to explain complex details of a story using state-of-the-art touch screens to interact with graphics, still images and moving footage.

In keeping with the programme’s tradition of breaking news, the very first bulletin led with an exclusive – reporter Neil Connery’s interview with the former lover of the late Princess Diana, Dr Hasnat Khan in Pakistan.

Other highlights from the opening night included a package and live link-up with International Editor Bill Neely on special assignment in Antarctica and Geraint Vincent interviewing the new England football coach Fabio Capello in Zagreb, during which he even tried his hand at speaking Italian.

The second night led with an exclusive interview with the Prime Minister, Gordon Brown, which Sir Trevor had recorded earlier that day in Downing Street.

It remains to be seen whether ‘News at Ten’ will ever regain the commanding lead it once enjoyed over its BBC rival. Although ITN’s ability to deliver high quality news is not in question, the programme’s success will largely depend on the strength and longevity of ITV’s commitment to the ‘News at Ten’ brand and whether the broadcaster is able to rebuild the audience for its flagship bulletin at a time when there is a growing demand for news to be delivered online.