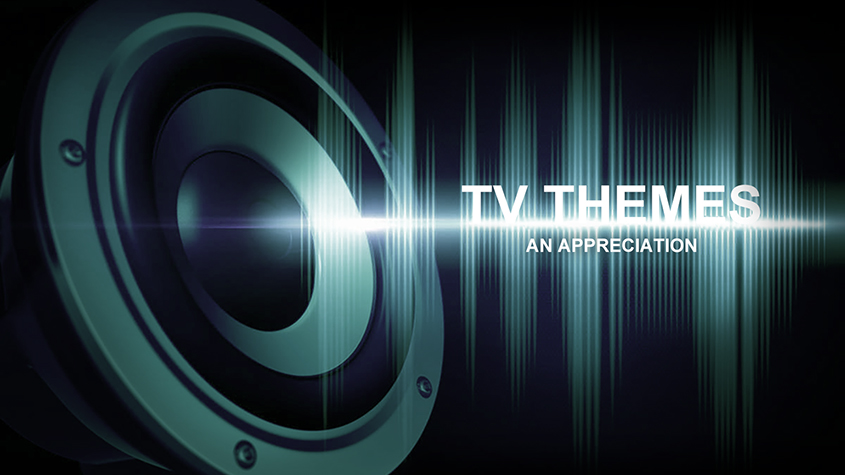 I first became aware of TV themes after stumbling across a copy of Geoff Love’s ‘Your Favourite TV Themes’ in my father’s record collection. Since then, I have spent many years trawling through countless second-hand record shops picking up TV themes on record or CD and now of course, digital downloads. But the popularity of theme music seems to have waned recently. I can’t remember the last time a compilation of themes was released, and sadly I think the genre remains largely underrated.

We know that music can engender powerful emotional responses in people – including television audiences, especially when used to highlight or reflect dramatic or poignant storylines in drama.

But more generally, music is also one of the most common branding devices used in the production and marketing of programmes. And nowhere is this more apparent than in the choice of theme music – those short bursts of melody played over the opening titles and closing credits.

From soap operas, costume dramas and sports coverage to quiz shows, cartoons and news bulletins – it appears that no genre has escaped the composer’s hand and it is difficult to think of a single programme which does not have some kind of musical element associated with it.

Make Your Own Kind of Music

Lavish productions such as period drama ‘Downton Abbey’ (ITV, 2010) are able to draw upon the talents of composers like John Lunn to create bespoke music that includes an opening and closing theme as well as a complete score designed to support each scene in every episode across an entire series.

And where more modest programme budgets might prevail, producers have often turned to the major music publishing houses and their vast catalogues of recorded music to deliver off-the-shelf solutions to their musical requirements.

But regardless of whether music originates from commission or library, good TV themes are judged not only by the quality of their composition or popularity amongst viewers, but also on how well they perform two overriding tasks:

• Accurately reflecting the subject and tone of a programme

• Delivering musical cues to reinforce audience recognition of a programme

It is a sign of their success that the themes to popular British programmes such as ‘Coronation Street’ (ITV, 1960) and ‘EastEnders’ (BBC, 1985) are universally recognisable – even to those who do not necessarily watch them.

And just as the most popular TV series quickly become engrained in the public consciousness, so too the musical motifs which accompany them.

Although composers remain largely anonymous to the viewing public (save for a fleeting on-screen credit), they are responsible for writing some of the most familiar and enduring pieces of music in modern times:

In the United States, some of Hollywood’s leading soundtrack composers have also contributed to the genre – including Danny Elfman’s iconic theme for ‘The Simpsons’ (Fox, 1989) and John William’s package ‘The Mission’ for ‘NBC Nightly News’ (NBC, 1985).

And then of course there’s Mike Post. Quite possibly the most prolific TV composer of them all. His credits read like an A-Z of primetime shows on network television, and anybody who grew up in the 1970s, 1980s or 1990s will be familiar with at least some of his work. Thank You for the Music

There are simply too many good TV themes and composers to reference here, but over the coming weeks and months I hope to continue uploading clips which showcase some of the best examples from this much-undervalued genre. Watch this space …